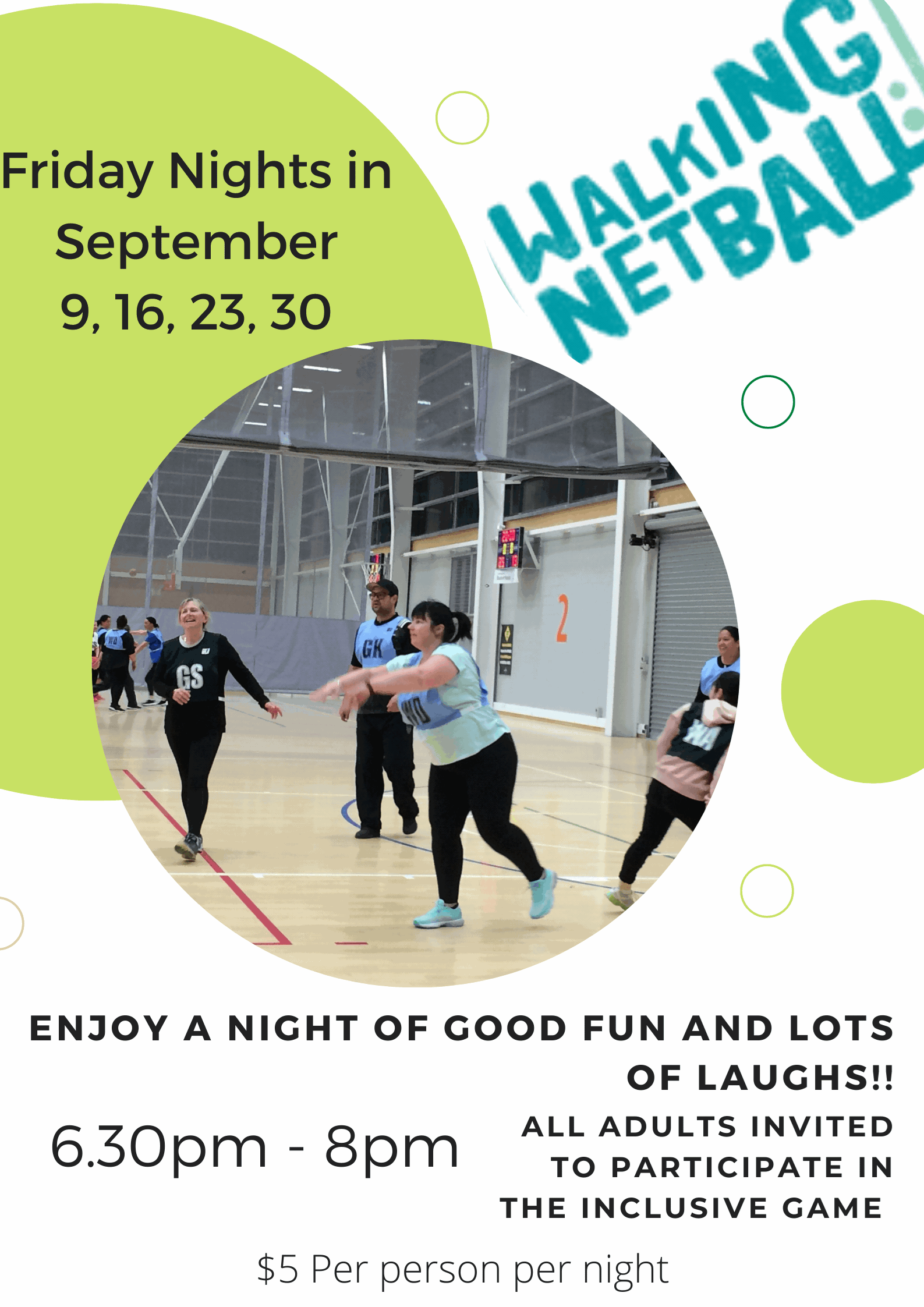 Do you love netball but not the high impact nature of the game?  Come out of 'Netball retirement', build fitness, recover from injury, or take it easy pre/post baby.  Walking netball is for all adults and provides a suprising amount of exercise and satisfaction with low impact/injury risk.  The requirement to keep one foot on the ground creates more of a level playing field for players of all ages and abilities, and definitely adds to the laughs!

Walking Netball was developed in the UK and is now played around NZ.  If you can walk and catch a pass then you can play walking netball!

On the night we make up teams and use rolling subs to ensure everyone is involved as much as they like.  Usually we play periods of 10 minutes with short breaks between, switching positions (and sometimes teams!) at the breaks.

You can register in advance or just turn up for the fun between 6.30pm and 8pm.  We have the back courts (4 & 5) booked inside the Walter Nash Centre.

Sessions are $5 per player, paid on the night.   All adults are welcome.

English Walking Netball (for the rules, ignore that they are all women - we have men too!)